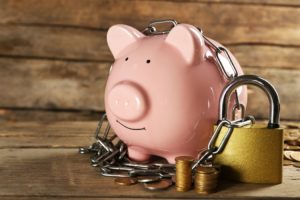 Michael has a respectable executive position with a renowned company, earning $115,000 a year. However, because he has been working hard for several years now, he is keen to retire in six years when he is 60 years old.

Michael’s wife, Lisa is a teacher and aims to quit her $95,000-a-year job at the earliest date possible according to her union contract. That would be a year from now when she is 53 years old. In addition to their salaries, Michael earns $15,000 per year from being on the Board of Directors.

Lisa has a completely indexed defined benefit pension plan but no RRSP. Michael has a registered retirement savings plan but he does not have a pension plan. Lisa’s pension plan will give her $56,872 a year at age 53 and $61,136 if she decides to work for two extra years. Because of their lifestyle, between Michael’s age 61 and 65, their income from pensions will be less than necessitated to sustain their ideal standard of living. Hence, they question whether they can afford to retire early.

Although Michael has $277,000 in an RRSP invested entirely in mutual funds, a decently timed retirement is disputed because of the 2.4 percent Management Expense Ratio (MER) he has been paying and continues to pay on underperforming mutual funds.

Canadians Are Investing, But Still Failing To Reach Their Retirement Goal

What Are Syndicated Mortgages?